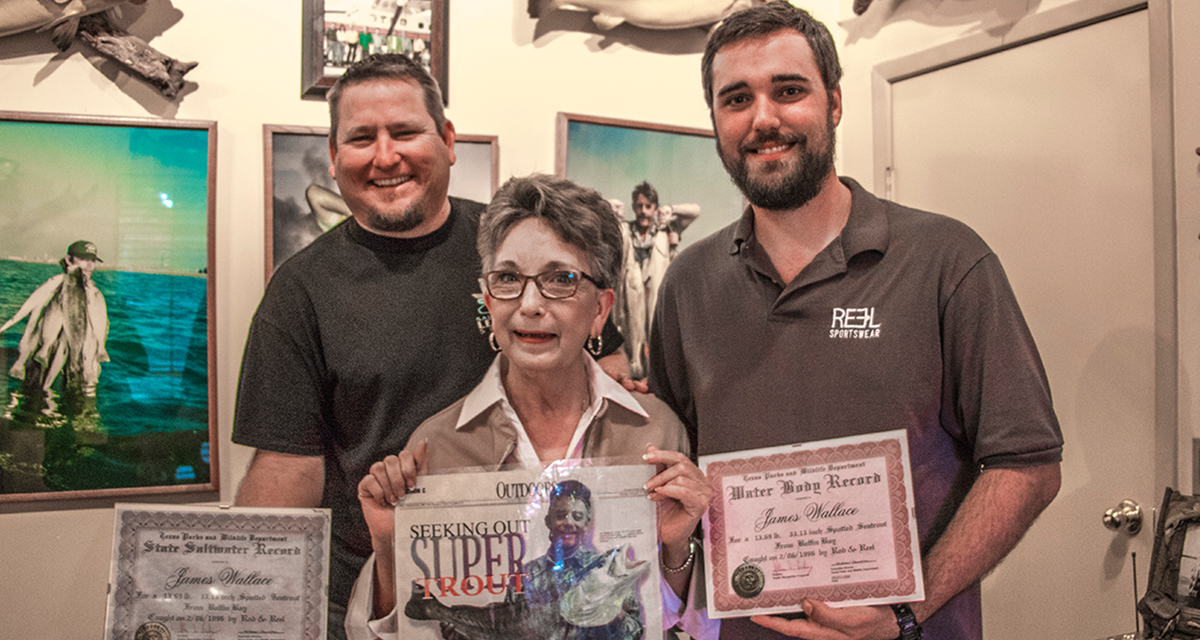 Houston, TX - James Wallace was selected as the first Saltwater Hall of Fame recipient of 2017. Saltwater Legends board members presented the Wallace family with the honor early on November 30th, 2017.

Wallace was picked by the Saltwater Legends Committee for his accomplishments on and off the water. Wallace was the angler who broke the state record for speckled trout in Baffin Bay in 1996 with a monster 33.13-inch 13 pound, 11-ounce sow.

“Jim was a true wade fishing machine for big trout. Arguably the best big trout fisherman ever,” said longtime guide and friend Jim Leavelle. “He has probably 40 mounted trout over 8.5 pounds in his office plus the state record and another that is like 12.5 pounds.”

James Wallace has passed away at age 66.

The Saltwater Legend Series™ Hall of Fame selection committee consists of representatives from cities along the Texas Coast. There are 15 at-large selectors, all of whom are also active in the industry.

James Wallace will be formally enshrined on Friday, January 28th, 2017 at the Harborwalk Marina in Hitchcock, Texas. The Wallace family will be honored and will receive the recognition on his behalf.

The Saltwater Legend Series™ is an organization whose sole purpose is to:

Honor the heroes of the sport of Saltwater fishing, preserve the history of the sport & it’s anglers, promote it’s values & celebrate excellence everywhere.

This year, the tournament series is holding four events along the Texas coast. At each stop, we will induct a new honoree into the Saltwater Legend Series™ Hall of Fame. We announce each recipient before each of the events. Below are the 2017 series dates.

For more information and details regarding each event for the 2017 series, please visit www.saltwaterlegendseries.com