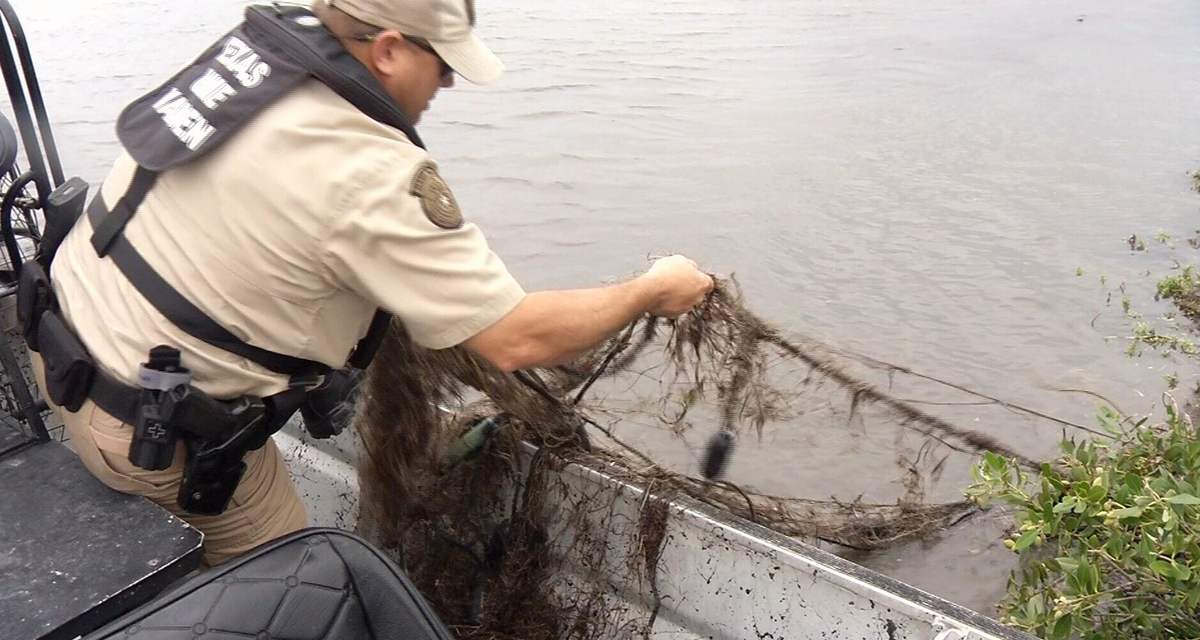 Illegal gillnets a big problem along the Texas coast

CORPUS CHRISTI -
The Texas Park and Wildlife Department is boosting its efforts in the upper Laguna Madre to stop illegal fishing.

Texas game wardens have been conducting an enhanced marine patrol in the Nighthawk area, which is located near the Padre Island National Seashore. The seashore separates the Gulf of Mexico from the Laguna Madre.

Robinson says no arrests were made after finding the gillnets. He believes they belong to fishermen that were in violation of state law.

“If you are caught with a gillnet within 1,500 yards of the coastal barrier, you will go straight to jail. It is a ticketable offense with jail penalty. It’s zero-tolerance with this type of device. We don’t mess around when we find these on the water,” said Robinson.

The game wardens say hundreds of fish will get trapped in the netting, including red drum, snook, black drum, sheepshead, tarpon, mullet, and jack crevalle, to name just a few.

“This has been a big problem along the Texas coast for years. It’s a big market to get redfish or any kind of fish out of the water as fast as they can, and gillnets is their way of doing that. They can catch a lot of fish in a short amount of time, and they flood the markets with it," said Robinson.

Using a gillnet in state waters is a Class B misdemeanor punishable by a fine not to exceed $2,000, confinement in jail not to exceed 180 days or both. Taking the fish, crabs, and protected birds would bring additional charges.

Anyone witnessing alleged illegal fishing, illegal commercial fishing, or any poaching activity is encouraged to call their local game warden or Operation Game Thief at (800) 792-GAME (4263).