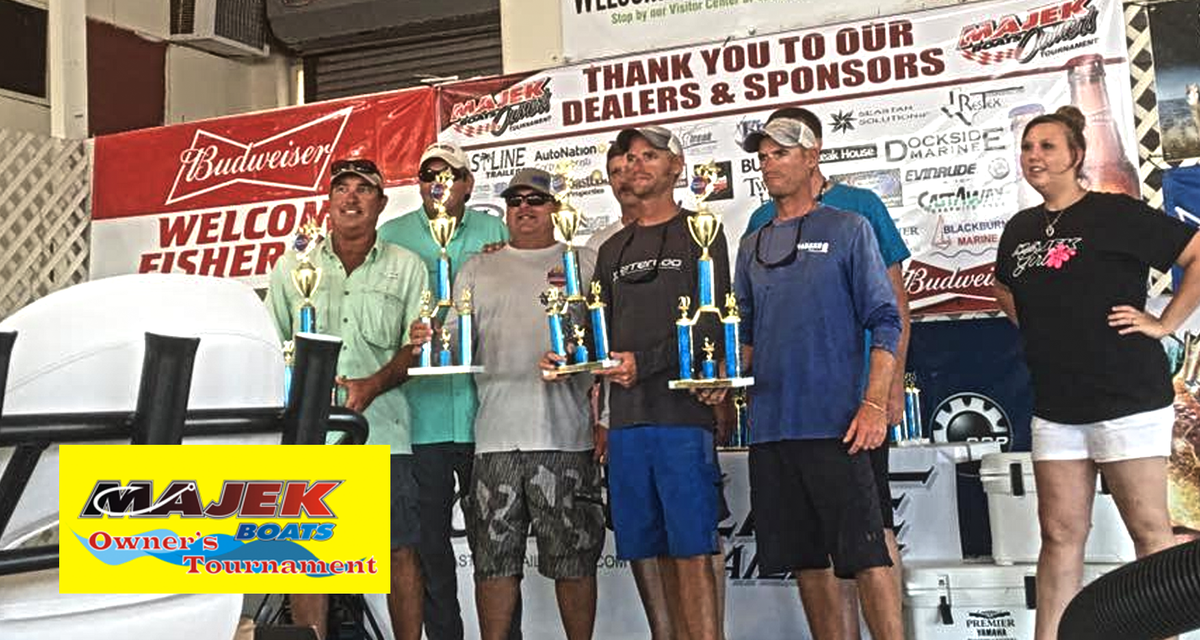 One of the more popular fishing tournaments came to close this weekend out at Robert's Point Park in Port Aransas, TX. With a brand new M2 Illusion fully rigged with a Coastline trailer on the line, an astounding number of anglers, family members, friends and fishing enthusiasts came together for what I would call a successful weekend! While the fishing was tough, most of the anglers managed a pretty decent stringer and all had a chance to win multiple prizes.

This happened to be my first Majek Owner's Tournament and I must say it was a pretty impressive event. Not only did I have a great time fishing with Reel Sportswear pro-staffer and good friend Capt. Noel Guerrero with Fin Fever Guide Service, but the festivities after weigh-in were very entertaining and engaging as well. We managed to put together a decent stringer with a 22" trout and 24" red weighing roughly 7lbs, unfortunately not enough to place, however was able to add quite a few extra tickets to the boat drawing bucket!

The rest of the Reel Sportswear pro-staff team had amazing results. Capt. Brett Caron, Capt. Paul Braly, Bartt Caron and Steve Reupke toughed it out and came away with 3rd overall stringer in the Pro Team Division and 1st place drum.

Overall, I would like to say congrats to Josh Gonzales the winner of the M2 Illusion, our pro-staffers and to all the other winners on Saturday!! I would chalk the 8th Annual Majek Owner's Tournament as a successful, event filled tournament, one of which I will hopefully attend in years to come!